The Ryan Murphy-produced procedurals are the network’s two highest-rated scripted series this season.

The two procedurals, created by Ryan Murphy, Brad Falchuk and Tim Minear, are Fox’s top-rated scripted shows of the season, with 911 ranking in the top 10 on all of broadcast TV in the key ad-sales demographic of adults 18-49. 911: Lone Star, meanwhile, had a big post-NFL premiere in January and posted steady numbers in its regular home on Monday nights.

“911 and 911: Lone Star are truly two of the strongest and most thrilling dramas on broadcast television, as well as being centerpieces for Fox Entertainment,” Fox Entertainment president Michael Thorn said Monday in a statement. “Creators Ryan Murphy, Brad Falchuk and Tim Minear, as well as their incredible teams of writers, directors, casts and entire crews, make jaw-dropping, edge-of-your-seat magic in every episode. From Los Angeles earthquakes and tsunamis to Texas-sized tornados and bucking broncos, both shows deliver incredible spectacle with strong, identifiable characters you care about week to week. We eagerly look forward to many more thrilling rescues in both series, which help honor this country’s brave first responders, as well as those around the world.”

The two shows join the long-running animated series The Simpsons and Family Guy and the freshman animated shows Bless the Harts and Duncanville on Fox’s roster for 2020-21. The network also has long-term deals in place with the NFL for Thursday Night Football in the fall (or whenever the NFL season begins) and with the WWE for Smackdown.

Minear is showrunner on both 911 and 911: Lone Star, which hail from Disney’s 20th Century Fox TV, and executive produces both with Murphy and Falchuk.

Click here to cancel reply.
Who is Jennifer Love Hewitt? 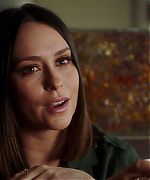